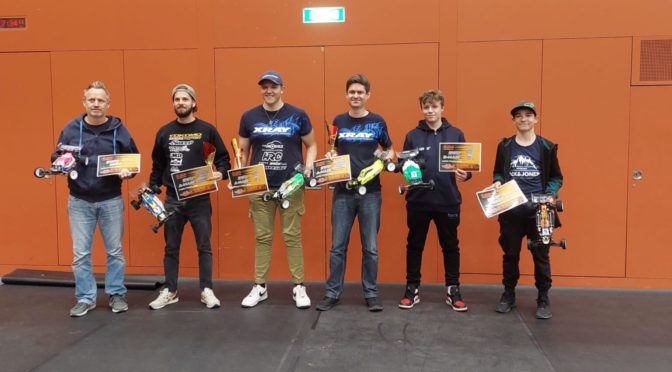 Due to time constraints, unfortunately only Florian Schmid was able to participate this time.

2WD race:
Florian’s cars were very fast from the beginning and he started from 2nd place in each of the finals.

The finals were very exciting and Florian Schmid won the race. There were good and fair fights with Fabian Luca Widmer and Philip Jeisy who completed the podium as 2nd and 3rd.

4WD race:
In the 4 WD class Philip Jeisy, who started from Pole, was unbeatable. Although Flori won the first final race.
Philip drove confidently and won the race ahead of Florian. Noah Kafmann drove on the podium as 3rd.