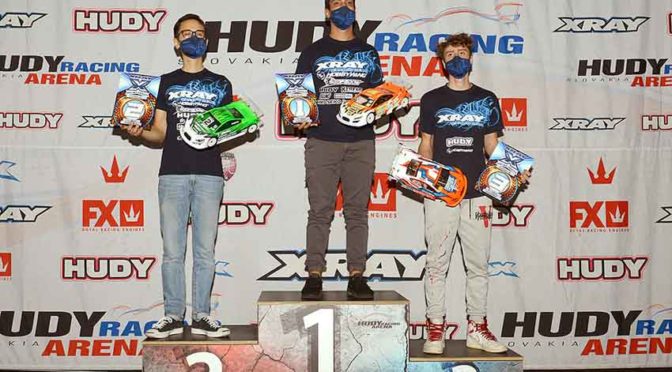 The first round of the popular XRS Slovakia race series was held on the 10th of October, at the world famous Hudy Arena in Trencin, Slovakia.
Unfortunately, due to local Covid-19 restrictions, the entry count had to be limited to 50 drivers. So as expected, the race sold out in very short time, proving the popularity of the series, even in a complicated time like this.

The race was run in 5 classes, with 3 on-road classes. Touring car modified, stock (with Hobbywing spec hand-out motors) as well as Formula.

In the modified class, my team mate Bruno Coelho took the TQ position after the 3 qualifiers, just in front of myself, with Oliver Havranek in the 3rd spot. Bruno managed to win the race as well, after some really close fights in the finals! Me and Bruno were separated by less than 1 second in all of the finals. It was a great opportunity to showcase the performance of our brand new T4 2021 cars! 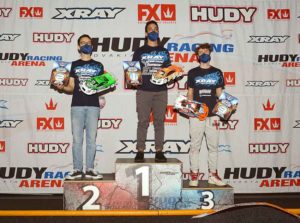 In the touring car stock class, our XRAY team driver Alexandre Duchet led the way in qualifying. He secured the TQ position in front of our on-road designer and team manager Martin Hudy. Oliver Havranek lined up 3rd on the grid. Alexandre Duchet checked out in the finals to take the overall win – but there were some really close battles for the remaining podium positions! In the end, Oliver moved up to 2nd, and Martin had to settle for 3rd after the finals. 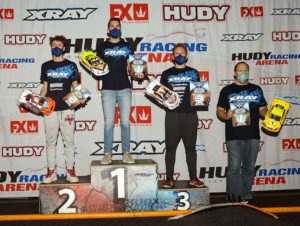 In the formula class, it was an XRAY X1 trio that locked out the podium, with TQ man Michal Nagy taking the win, in front of Miroslav Rehak. Jaroslav Kriz moved up to 3rd from his 4th qualifying position. 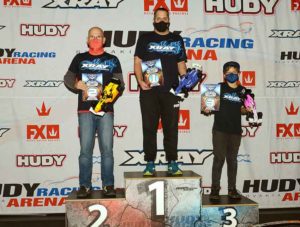 On the off-road track, drivers were racing in 2 categories – 2WD and 4WD.
Martin Bayer control all qualifications and finals and I did not give chance to others drivers to win at least one run.
Closed battle was with Adam Izsay, he was fast but several mistakes cost him more close fight. Third place was secured by youngster Matus Benetin who come back to indoor racing after summer break. 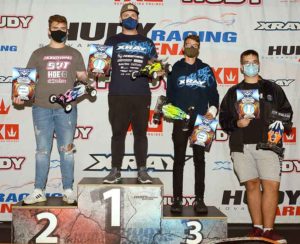 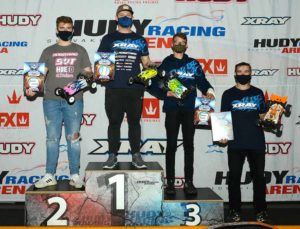 In the end of the day, it was a small, but very enjoyable event for all the participants.
Covid-19 regulations were taken seriously, which made all the drivers feel safe.
I want to thank XRAY and HUDY for organizing a great event in a difficult time! I really hope that the XRS series will be able to proceed, to bring our racers together throughout the winter season!