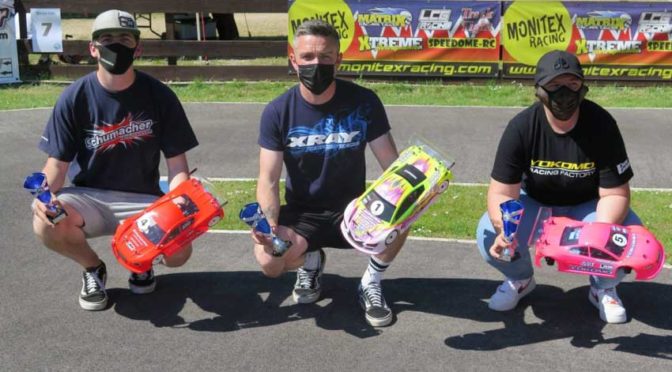 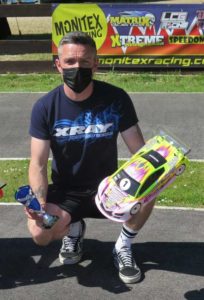 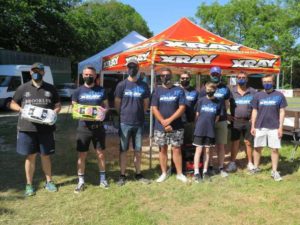 After a very long wait drivers were finally able to compete at a BRCA touring car national. Round of the series would take place at the tight and technical Eastbourne Model Car Club. The conditions would be extremely warm adding an extra challenge to the weekend. The Xray U.K. team had put in a lot of effort leading up to the race to prepare them as best as possible.

In Modified Olly Jefferies would take overall TQ spot after battling throughout qualifying with a number of drivers opting for different tyre strategies. Olly would stick to his original plan to line up on pole from Chris Grainger and local driver Ben Moorey.

In leg one Olly would open up a gap during the first couple of laps which he would then maintain until the end of the race. Leg two would be a repeat of the first final. Olly would ease away at the start then drive to maintain the gap. Chris Grainger would be running in second until a mistake would see him drop to the back of the pack. Two final wins would see Olly take the overall win and maximum points. 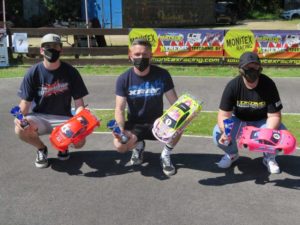 In the stock class the racing would be extremely close throughout the day. Marcus Askell would eventually line up second on the grid for Xray after winning the final round of qualifying. Chris Gunter and Ricky Copsey would also join Marcus in the A final. The finals would see some close racing. Zak Finlay would take leg one followed by the Xray pairing of Ricky and Marcus. Final two would see the excitement saved for the very last corner. Zak would make a small mistake on the final lap allowing Marcus to get a run coming onto the straight and pass Zak for the lead and the leg win. Certainly the closest finish of the day with the pairing covered by one thousandth of a second. This would give Marcus second overall with Ricky in third and Chris taking sixth overall for Xray.