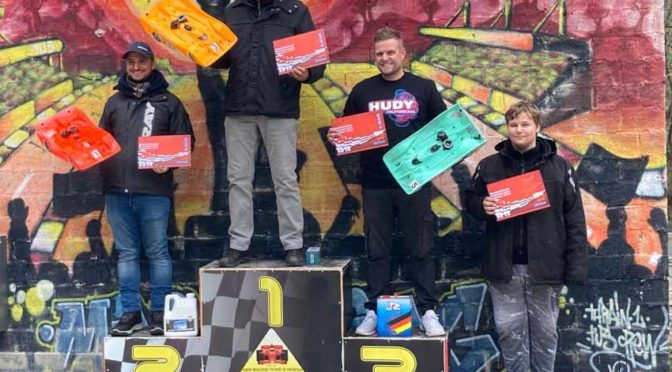 The first race of the Swiss Championship took place last weekend in Lostallo. Unfortunately the weather forecast was not good, especially for Saturday and Sunday. Kurzbuch and Hachler were not present, as they preferred to prepare for the upcoming first round of the ENS in Fiorano.

Fortunately on Friday the weather was nice and this allowed everyone to find that feeling lost during the winter months. Mattia Pesenti made his return after more than 2 years of absence, debuting with the new FX engine, still in the testing phase. 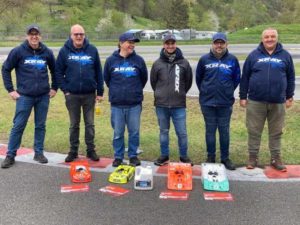 Good times were seen in practice, with Pesenti (XRAY) and Martinelli (Infinity) also setting 20.0s. Also Geisser and Nydegger with their Mugen confirmed the good performances of 2021.

In the 1/10 category, Traugott Schar is still setting the pace, followed by teammates Philip Buhler and Roland Fankhauser.

The 2021 Swiss champion Patrick Fankhauser was unable to attend as his wife was due to give birth.

As expected, rain came on Saturday. So all the Friday tests could not help.

After four rounds of qualifying on a wet track, Mattia Pesenti and his XRAY RX8 won the

On Sunday the day started without rain and it was decided to move all finals to the afternoon. The morning could be used for free practice. Around 10.30am the track was drying out and we started to see some drivers practicing.

Unfortunately during the lunch break the rain came again, so the two 1/8th semifinals had to be run in wet conditions.

The 1/10 final started with a dry track and immediately Schar set the pace followed by Fonzar (Serpent). During the tire change Schar had some problems and unfortunately lost several laps. With 10 minutes to go the rain came back and put everyone in trouble. Fonzar decided to continue with the dry tires, while Traugott changed to the wet ones, trying to use this advantage to catch up with Fonzar. Unfortunately this didn’t work, but he was still able to finish the race in second place behind Fonzar Emanuele. Completing the podium was Buhler. 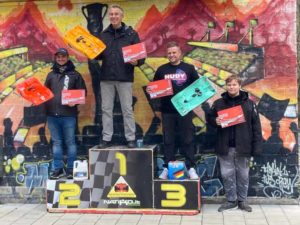 In the 1/8th race the start was dry and fortunately the rain did not come again. Pesenti immediately took the lead of the race and built up a small advantage over Nydegger and Martinelli who were fighting for second position.

Martinelli then managed to move into second position and began to impose his own pace on the race, gaining tenth on Mattia Pesenti.

Mattia had some problems during the first tire change and lost the lead. From there on, Martinelli continued to impose his pace until the end of the race. Pesenti then managed to get back to second position. During the final, these two years of absence made themselves felt, as Pesenti had some problems with a „sleeping“ hand during more than half of the race, but was still able to manage the advantage over Geisser and Hasler and finish this race in second position. Bringing the FX engine to the podium on its debut. 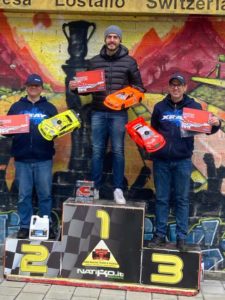