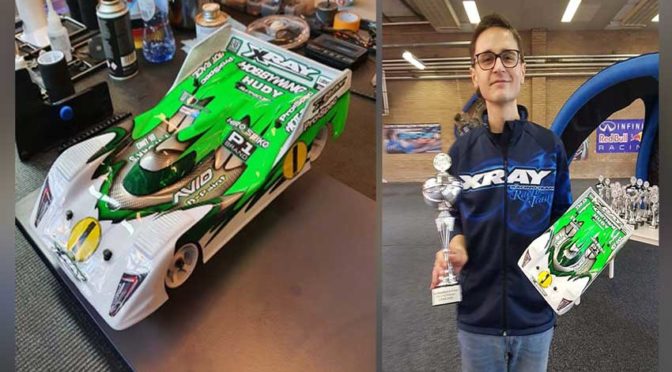 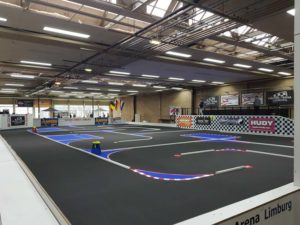 The 2020 edition of the EFRA European Championships for 1/12 scale cars was held at the great facilities of Racing Arena Limburg in Sittard, Netherlands. A bit smaller field than usual (perhaps due to the World Championships being so recent) was in attendance. However – the level of drivers was really high, with tough competition in both stock and modified classes! A really technical track layout was built on a brand new ETS carpet.

Practice started early on the Friday, and as the grip was building up, I took the opportunity to test different tires, tire prep and small setup changes to try and dial in my X12 car. Eventually I found myself as top seed after practice, showing good potential of what was to commence ahead.

I had a tough start to qualifying, as a couple of mistakes set me back in Q1. Things worked out a lot better in Q2, as a change in tire prep made my car work better from the start of the run. I was able to TQ all rounds onwards (5 out of 6) to award me the top qualifying spot for the triple A-finals on the Sunday.

In the finals, I was able to convert my top qualifying position into a win, taking tone to tone wins in both A1 and A2! This meant that I had won the European Championship in this class for the 7th consecutive time! I am extremely proud of this achievement, especially because the X12 program is something which sits very close to my heart.

Hupo Hönigl managed to secure a strong 5th overall in both modified and stock classes, further showcasing the potential of the XRAY X12 chassis at this European Championships! 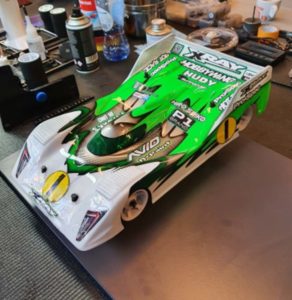 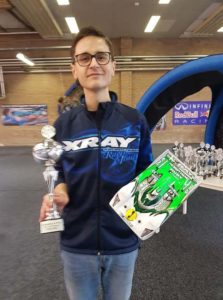